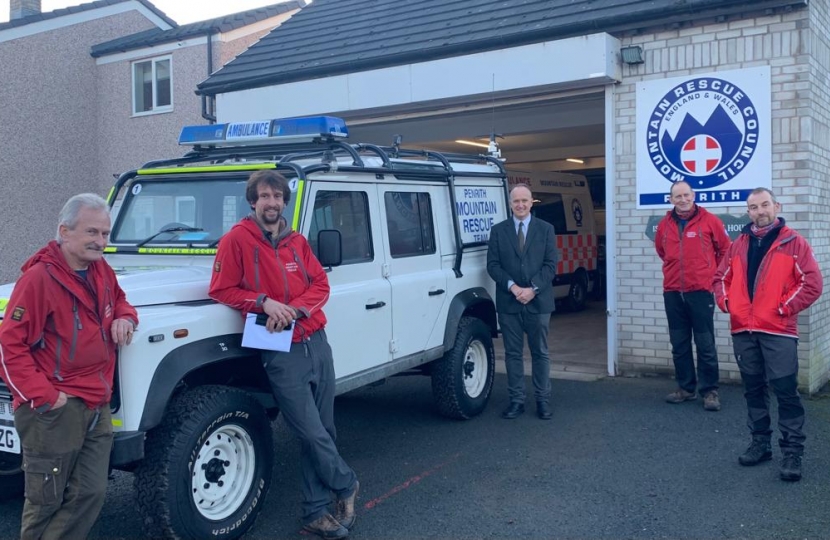 Dr Neil Hudson MP for Penrith and The Border visited the Penrith Mountain Rescue Team last week and thanked them for their amazing service to our area. .

It spans from the Scottish Border in the north to the Northumberland Border in the east, down the North Pennines to High Cup Nick above Dufton in the south, with the North-eastern fells of the Lake District (Haweswater) making up the western boundary.

Dr Neil Hudson, MP for Penrith and The Border said “The Penrith Mountain Rescue Team are an invaluable service who have helped so many people. The geography of Cumbria is beautiful, but it can also be very dangerous, which is why it is such a relief and a privilege to have this great team who can be relied on to help folk out. The team, which relies entirely on donations, is made up of unpaid volunteers who work extremely hard and sometimes have to put their lives at risk. We are so fortunate to have them. ”