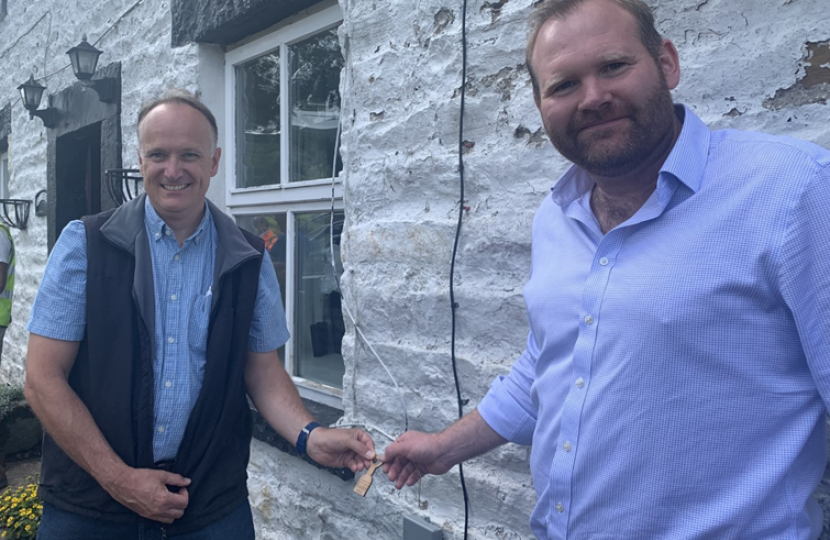 Project Gigabit is a £5bn broadband infrastructure project that will provide 1 million homes and businesses with fast gigabit broadband.

During his speech Dr Hudson highlighted the positive steps the government have taken with Project Gigabit, Borderlands funding and the Shared Rural Network, all of which have the overarching aim of improving digital connectivity for the region.

Dr Hudson pressed the Digital Minister, Julia Lopez MP, to work with Broadband for the Rural North (B4RN) and other providers to make sure that the Project Gigabit procurement process and changes to the voucher scheme do not prevent locally-led projects from getting underway or reaching completion.

“Better digital connectivity for my constituents has been a key pillar of my campaigning in Parliament since my election. This issue is not going away and I will bang the drum and do all in my power to improve the outcomes for the residents of Penrith and The Border. I consistently meet with Ministers, industry leaders, Local and Parish councils and local residents to seek the best way forward for areas that are still suffering from sluggish broadband speeds and poor phone signal.

This debate was a great opportunity to inform the new Minister of the challenges that we continue to face in rural Cumbria. We need to make sure that providers like B4RN have the ability to see projects through so that those hard-to-reach areas are not left behind. It was great to meet once again with B4RN Chief Executive, Michael Lee to discuss these issues in Parliament after the debate.”

“I was really pleased to be able to travel down to Westminster to attend this important debate. It was great to meet the new Minister, Julia Lopez, and to hold productive discussions with Neil Hudson, Tim Farron, and Simon Fell - I was humbled to see the Cumbrian MPs united in their support for B4RN.

“Following the debate, I met with officials from the Department for Digital, Culture, Media and Sport where we had a really constructive discussion. I am now hopeful that we are a few weeks away from a solution which will allow us to continue to deliver future-proof fibre optic infrastructure to as many communities as possible, as quickly as possible.”