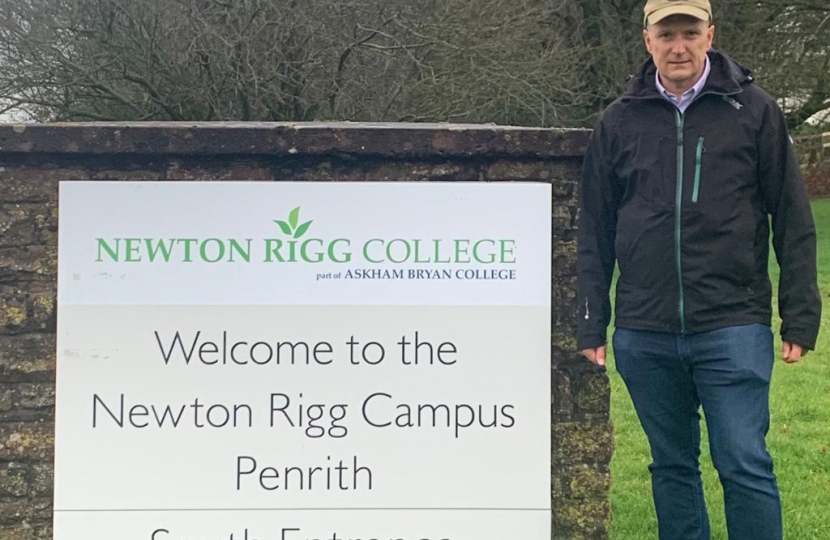 MPs are calling on the Government to invest in the future of land-based education in England, or face a skills crisis in its ambitious plans to reach net zero and restore biodiversity. Today, cross-party MPs on the House of Commons EFRA Committee have written to the Department of Education, urging the Government to implement a national strategy for land-based skills and education, backed by adequate funding. The number of specialist independent land-based colleges has fallen by almost 80% in the last four decades, meaning many potential students face long journeys to reach colleges or having to move away from home. Meanwhile, the high cost of delivering land-based courses has led to many providers selling their valuable land and assets to ease financial strains.

With threatened Cumbria-based agricultural college Newton Rigg serving as a vivid illustration of the difficulties facing land-based institutions, the Committee calls on the Government to tighten the safeguards on the sale of land-based educational assets. It has asked for confirmation about the details of the transfer of the college that have caused controversy locally and urges the Government to help facilitate a reasonable solution to the college’s future. It also demands that the Department for Education demonstrates “clear leadership” at a national level to support land-based education, rather than just leaving it to local areas.

“The Government has announced ambitious plans to overhaul farming, and made huge commitments to tree-planting and boosting biodiversity. It's obvious that we cannot hope to meet these goals if we don’t train enough young people to deliver them. But, over the past 40 years, the number of independent land-based colleges has shrunk from 50 to just 11.

"The Government needs to take steps now to ensure that a robust strategy- and adequate funding- is in place to boost land-based education to meet the challenges we face. In recent years, we have seen education providers forced to sell off the family silver to stay afloat, hurting their students and local communities. England’s future is its young people and their enthusiasm and commitment to protecting the environment. The Government needs to provide the leadership and investment to harness that."

“Our cross-party inquiry has raised serious questions over the details of Askham Bryan’s planned exit from Newton Rigg and Cumbria. We were disappointed in the evidence Askham Bryan gave us, both orally and in writing, with attempts to deflect responsibility away from themselves. We note that they agreed they have a moral obligation to the learners and rural community of Cumbria to ensure a smooth and fair transfer of Newton Rigg to potential future providers. We are today calling for Government to confirm whether or not Askham Bryan are within their legal rights to dispose of the College land and assets. If they are, we are asking Government to ensure that Askham Bryan live up to this moral obligation so that we can secure a long term future for land-based education delivered here in Cumbria, which is exactly what our inquiry heard that Cumbria needs and indeed must have.”

Please see attached letter from the Committee to the Department for Education.

A full list of Committee membership can be found here.