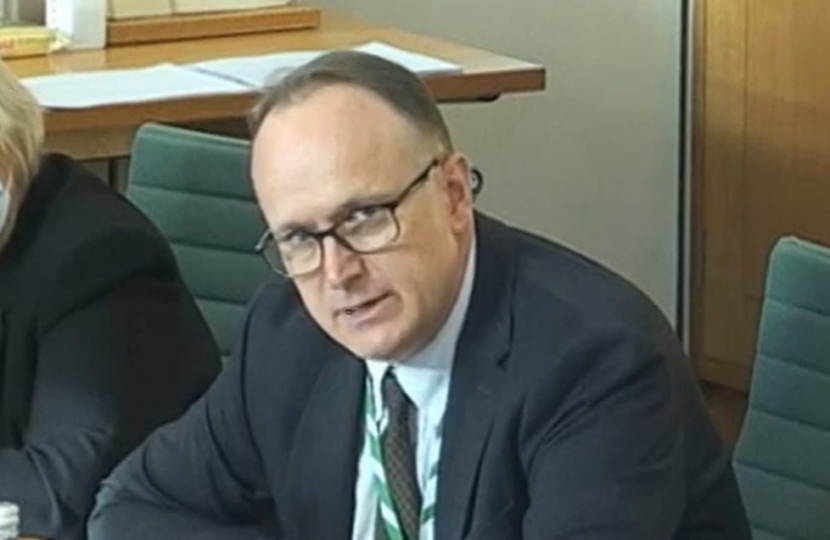 The Commons Environment, Food and Rural Affairs Select Committee met on Tuesday to take evidence on what has recently become a controversial issue in farming circles – when and how manure can be spread on fields. Many farmers had told the Committee that rules known as the ‘Farming Rules for Water’, as interpreted by the Environment Agency (EA), meant they could not spread organic fertiliser on their fields in an efficient way. The EA, on the other hand, said its rules were designed to stop pollution and did not prevent responsible fertiliser spreading. Tuesday’s session took evidence from the Tenant Farmers Association, experts in soil and water issues, and senior officials from the EA.

The Chair of the Committee, Neil Parish MP, said after the evidence session:

“Farmers have been rightly concerned at mixed messages they have received from the Environment Agency about soil husbandry - and when and how they can spread organic fertiliser.

“But today’s informative and constructive session made it clear that all parties are committed to finding a solution which makes the most of good organic matter while reducing pollution.

“I was pleased that the Environment Agency and the Department for the Environment, Food and Rural Affairs committed during the session to publishing new and very clear guidance on this issue for our farmers by early Spring".

Dr Neil Hudson, MP for Penrith and The Border and Member of the EFRA Committee said:

“Our cross party EFRA Committee has been working hard with rural stakeholders to get clarity on the difficult situation that has arisen around the Environment Agency’s current interpretation of Farming Rules for Water. This has made it incredibly difficult for farmers to manage their spreading of organic material, which often needs to be in Autumn. Our urgent inquiry session this week was really helpful and we will work with stakeholders and Government so that farmers can move forward clearly to look after the land positively and practically.”