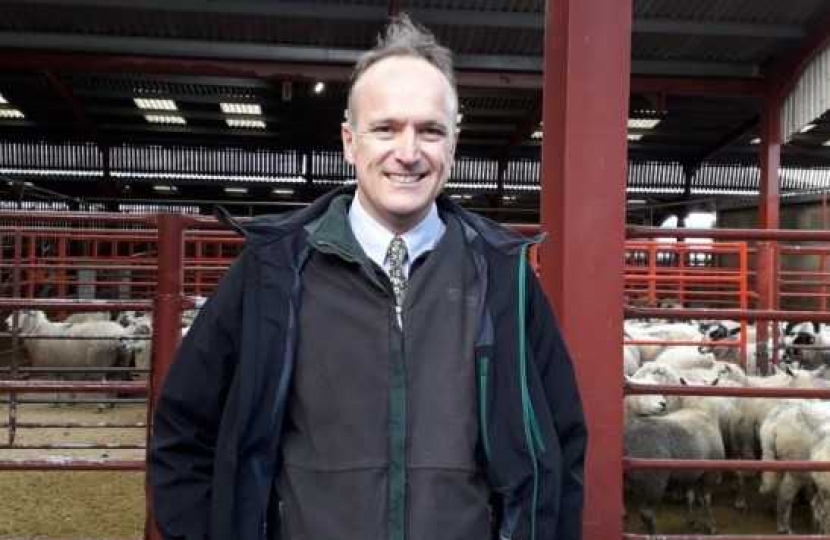 Penrith and The Border MP Dr Neil Hudson spoke in the Commons Debate on the Queen’s Speech and said he was delighted to see the Government’s Action Plan for Animal Welfare which contains much-awaited measures on recognising animal sentience in law, plans to tackle puppy smuggling, pet theft, ear cropping in dogs and livestock worrying. There were also measures to support our environment through the Environment Bill such as tree planting and supporting biodiversity, with an overriding aim of meeting net-zero carbon emissions by 2050.

Dr Hudson, the only vet in the House of Commons,  was very pleased to see action on pet theft and puppy smuggling, amid a rise in these crimes during the pandemic. Dr Hudson has been spearheading a group of MPs in pushing the government for more action in this area, so a small victory has been won.

Whilst Dr Hudson welcomed much of the proposed legislation he wants the government to go further when it comes to ensuring land-based provision in Cumbria and implores the government to reverse its plan to reduce the International Aid budget from 0.7% of GNI to 0.5%.

“This government is putting the legislative foundations in place to really improve the lives of animals in this country. The UK can be a beacon for high animal welfare standards, and we can use some of our international aid budget to help developing countries to follow suit. As I alluded to in my speech, I am very keen on the government writing animal welfare chapters into future trade agreements which will help us uphold our high standards. This is an issue I am passionate about and will keep pressing the Government on.

Another area I raised in the Commons that I would like to see some movement from the government on is reinstating the UK’s commitment to spending 0.7% of GNI on International Aid as any reduction in our contribution would have a massive impact on the world’s most vulnerable countries. The plan to reduce this commitment to 0.5% is not one I support and as the Chancellor steers the economy back to sunnier waters I believe it is essential that we stand by the commitment that was made in the 2019 election manifesto on which I stood.

In addition, I strongly support the Government’s plans to focus on improving mental health support and provision in our country, something that is acutely felt in my rural constituency, where rural isolation can precipitate loneliness and mental health issues. Responsible pet ownership can be a real boost to mental health, making it as important as ever to ensure we look after the animals we live and come into contact with.

The measures included in the Environment Bill are welcome but they also need an inflow of young peopled trained to achieve those specific goals. That is one of the reasons our EFRA Select Committee are asking Government to ensure that Askham Bryan live up to their moral obligation as they exit Newton Rigg so that we can secure a long term future for land-based education delivered here in Cumbria, which is exactly what our inquiry heard that Cumbria needs and indeed must have. I will continue to work with local stakeholders and Government to secure both short and long term solutions for the provision of land-based education in Cumbria, and for a new Newton Rigg to emerge, which is what we all want.”

If you would like to watch or read Dr Hudson’s full speech, please click the link below: