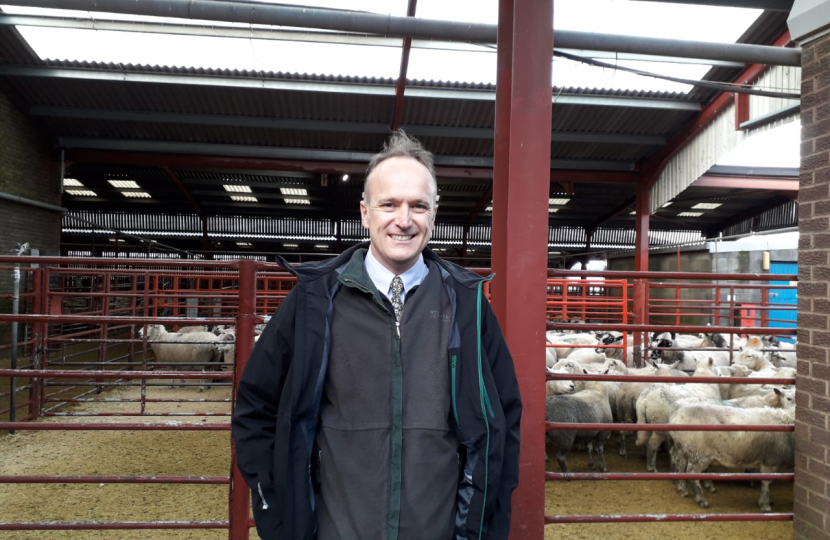 “Our fantastic farmers in Cumbria and the wider UK produce world class food with the highest animal welfare and environmental standards. We should be very proud of that, and we can be a beacon to the rest of the world on this. What reassurances can my Right Honourable Friend give to farmers in Penrith and The Border and across the UK that these high standards will be upheld in future trade deals and that meaningful parliamentary scrutiny will be possible, not least by the urgent establishment of the new Trade and Agriculture Commission?”

“Thank you Mr Speaker and whilst the Cumbrian farmers do well, may I just say that I am very proud of my Northumbrian farmers, who just across the way are similarly producing some of the finest food in the world. He’s quite right the new Trade and Agricultural Commission will play an important role in scrutinising trade agreements after signature, these applications are being considered and we hope to be able to announce the membership and the details very shortly. The Commission is going to be in place to scrutinise, first of all, the FTA with Australia when they sign it.

“I am grateful to the Minister for outlining her department’s commitment to upholding high animal welfare and environmental standards in trade deals. I am pleased now after many months of pressure from me the Government has finally announced the membership today of the new Trade and Agriculture Commission (TAC).  The TAC plays a vital role in providing independent and thorough scrutiny of the government’s trade policies. It is therefore an important plank in ensuring that any future trade deal, and its implications, are analysed in detail. I and colleagues will look forward to examining the detail of proposed deals. We must ensure that our world class British farmers are not undermined in any way though these deals and that they are given the maximum opportunity to benefit from this pivoting in UK trade.