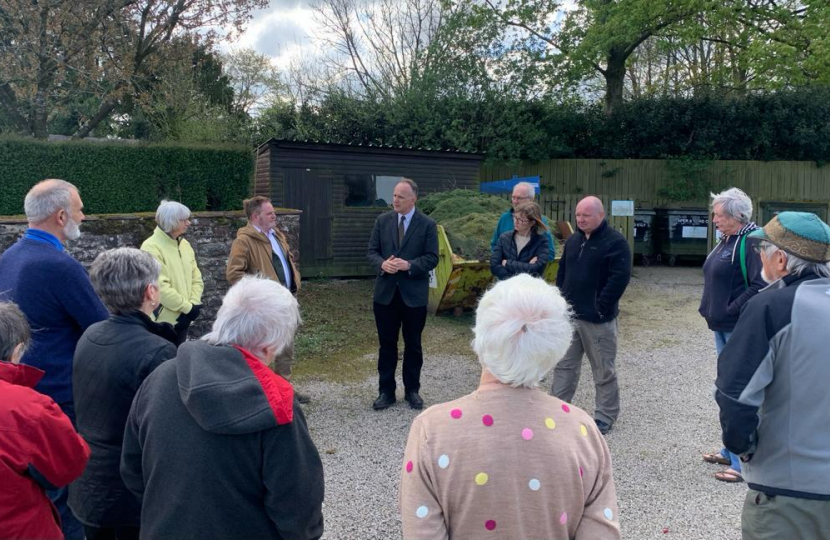 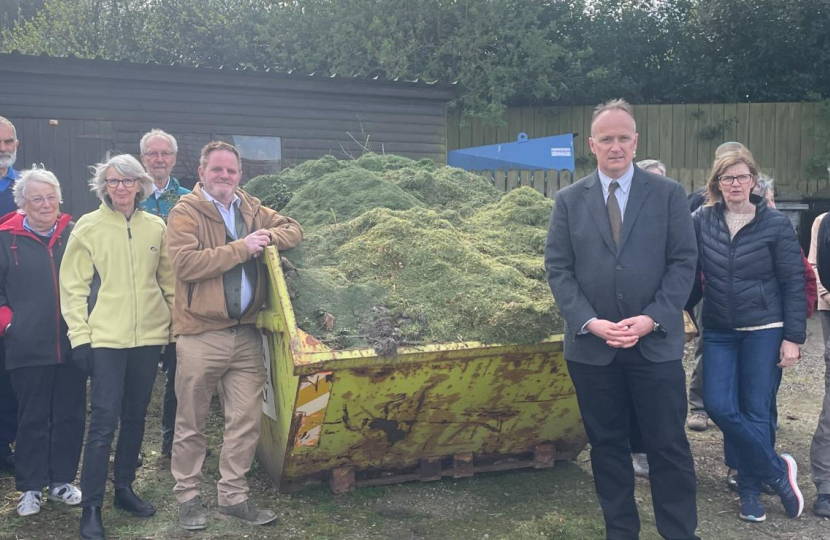 Invited by parish councillors and residents, Penrith and The Border MP, Dr Neil Hudson, came to Skelton on Friday to hear about concerns over garden waste collection.

Skelton is one of 16 villages in Eden where skips are used for garden waste instead of collected green bins, despite residents paying the same council tax rates to the district authority.

Dr Hudson heard from residents that only one skip was delivered each month, which is normally filled within a day of being delivered, and people are left without access to green waste disposal for another month.

Having supported villagers throughout their campaign for fairness in both Parliament and correspondences with Eden District Council, Dr Hudson welcomed the chance for a face-to-face meeting with locals in order to press the issue further.

“It’s always great to be out and about in the constituency, especially when I’m joined by such tireless advocates for local people. However, having heard from rightfully disappointed residents and parish councillors, I can’t help but feel upset myself.

“I heard how the people of Skelton are a green-fingered bunch, but without garden waste collection it can be a headache for residents to properly dispose of their waste. I would like to ask Eden District Council why residents should receive a worse service considering they pay the same council tax rates as everyone else in Eden?

“It’s an unfair system and I think Eden District Council knows this. We cannot let local government reorganisation get in the way of providing the best services possible to everyone, regardless of their location.

“I have been openly concerned about the paralysis and inertia in decision making across a range of areas due to Local Government Reform. These delays are simply unacceptable, and people deserve better.

“Just last month, I raised the issue in Parliament, calling on the need for robust decision making throughout this transitional period and wrote to the chief executive of Eden District Council. This issue will continue to be a priority of mine as I make sure the voices of those affected are heard.”