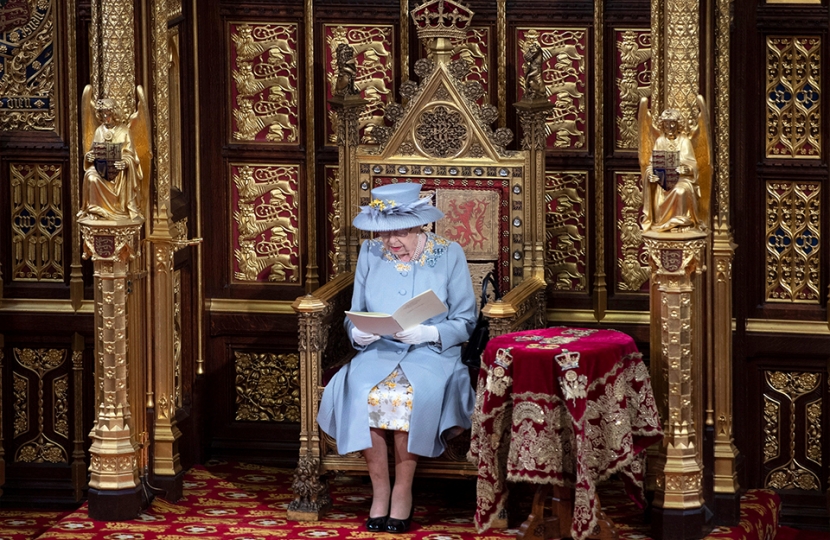 Penrith and The Border MP Dr Neil Hudson has welcomed the Queen’s Speech, which focused on creation of jobs, as well as protecting the country’s health, following the extraordinary past year spent battling the Covid-19 pandemic.

Following on from the success of the vaccine programme, the Government has committed to ensuring this continues, as well as focusing on wider health issues including research into disease and a focus on tackling cancer and obesity.

Social care reform was also high on the agenda with proposals set to be revealed later this year.

Her Majesty also set out plans to ensure young people are in a better position to own their home. The reforms to the planning system will help boost house building and be alongside recently announced 5 per cent deposit mortgages.

Dr Neil Hudson was particularly pleased to see the measures aimed at improving connectivity that were included.

Dr Hudson said: “This was an important moment in this Parliament. After a year of this pandemic, it was important the Government set out an ambitious agenda for moving forward as a country, as well as bouncing back from the struggles since March 2020.

“I was particularly pleased to see the investment into disease research and NHS technology – as well as additional funding for our health service. We have shown through the vaccine development what amazing scientists and clinicians we have, and it is so important that we use the brilliant facilities to prompt change in the whole nation’s health.

“Our recovery will of course still be tough, but with this Government’s focus on the economy and improving our overall health, we can look forward to a legislative agenda which will see much brighter years ahead.

“It was fantastic to see that other notable priorities for the Government included improving national infrastructure with improvements to broadband, 5G, transport links, the online safety bill and investment in green industries. This included reforming our rail and bus networks to deliver a better, greener and more reliable service for passengers, including simpler fares and launching a new £4.8 billion Levelling Up Fund.

“Improving the physical and digital connectivity of Penrith and The Border is an area that I have been campaigning hard on since my election as part of my ongoing ‘Better Connectivity’ Campaign. I consistently raise the issue in the House of Commons with Ministers and also the Prime Minister himself. It is great to see that the government has listened to calls from me and other colleagues for action in this area but I will not stop ensuring connectivity is towards the top of this government’s priorities.”