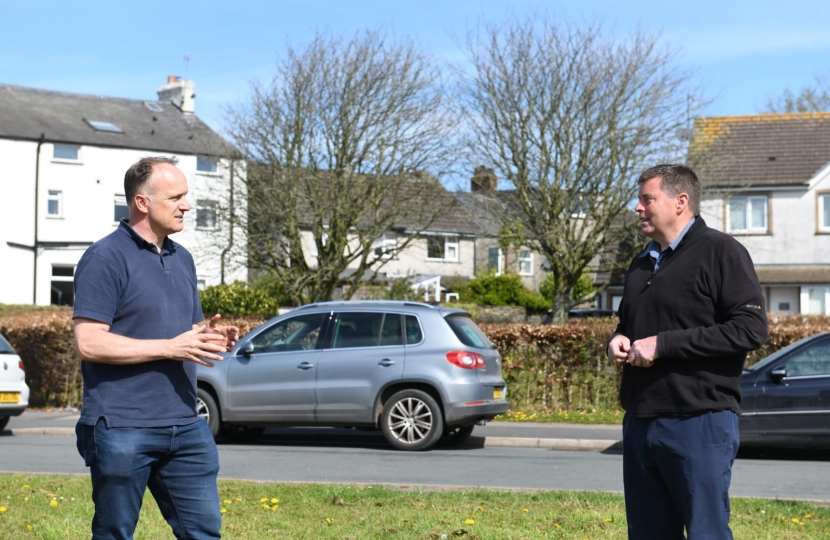 Cumbria is one of 40 areas across England and Wales to receive a government funding boost to crack down on crime. Cumbria was awarded £311,358 in funding.

In total £18.3 million has been made available to make streets safer through projects to tackle crimes like burglary, vehicle theft and robbery.

The money, from the government’s Safer Streets Fund, will go towards measures proven to cut crime, including simple changes to the design of streets such as locked gates around alleyways, increased street-lighting and the installation of CCTV.

The third round of the Safer Streets Fund also opens today, providing another opportunity to bid from a fund of £25 million for the year 2021/22.

This next round of funding will go beyond essential environmental measures like improved street lighting and encourage police to secure innovative bids for plans primarily focused on helping make women and girls feel safer on the streets, as well as projects which could include an emphasis on changing attitudes and behaviours in local communities.

Welcoming the news, Dr Neil Hudson, the MP for Penrith and The Border, said:

“I am really pleased that Cumbria has been awarded this important funding to help make our area safer. I want to thank Cumbria Police for all that they do for our communities, whether in towns or rural areas,  especially in these challenging times. I will continue to work with Government, Cumbria Police and Peter McCall, our newly re-elected Police and Crime Commissioner, to help in this endeavour. ”

“I will not stand by while criminals inflict fear and misery on our communities, which is why I launched the Safer Streets Fund to improve security in areas blighted by crimes like burglary, robbery and theft.

“But it’s more than just environmental change – we need to prevent people from committing these offences in the first place as we build back safer.

“That is why the next round will rightly look at behaviour change, with a primary focus on women and girls who are disproportionately affected by crimes like harassment in public places.”